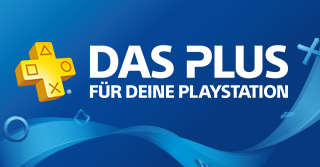 These are the rules for the For Honor (PS4) Open Ladder 1on1 Europe. We make every effort to ensure the rules are complete and up to date but this may not always be the case. You should also check the Info Page and News for additions, exceptions and modifications that may apply. The rules are a guideline and the decisions by admins may differ from them depending on the circumstances. If you have any questions about the rules, please write a support ticket.

A challenging participant from the newcomer pool (unranked) is considered as being at the bottom of the ladder, therefore the 20 participants ranked last in the ladder would be punished for rejecting a challenge.

Participants that have more than 5 outstanding challenges in a ladder, no matter if the matches are confirmed or not, may not take on any further challenges. This is scripted into the ESL system and cannot be changed.

In Instant Challenger matches the no show time is 10 minutes.

Any players that sign up to the ladders just to be top of the ladder, and do not participate in competing in the ladder, can and probably will be removed from the ladder without warning. Repeat offenders/teams will be penalised.

Please use matchchat, located on the bottom right hand side of your screen or submit a support ticket for any assistance.

All participants must adhere to the decisions and rules of the tournament organizers, admins, and referees. All decisions are final, except in cases where the option to appeal is clearly stated. ESL reserves the right to make judgement on cases not specifically covered by the rules in order to preserves the spirit of fair competition and sportsmanship. Conversations, either verbal or written, between organizers, admins, or referees, and participants are confidential. Publicly posting or sharing these conversations with outside parties is strictly forbidden, unless permission is obtained.

All match media (screenshots, demos, etc) must be kept for at least 14 days. In general, you should upload the match media from a match to the match page as soon as possible. Faking or manipulating match media is of course forbidden and will result in severe penalties. Match media should be named clearly based on what it is. It is not possible to file a protest or write a support ticket to complain about bad match media naming. However, if an admin is hindered in their work because of bad match media names then it can be punished for.

A screenshot of the on-screen results must be made of every game that is played. The screenshots must be uploaded onto the page with the match details as soon as possible after the game has ended. One screenshot showing each result (e.g. per half or map) is needed and can be uploaded by either the winners or the losers.

Non-existent screenshots lead to the assumption of a so-called “fake match”, a match that never took place. The screenshots must be uploaded within 24 hours after the match.

In general, a player and the team can receive up to 6 penalty points per match, unless a single violation has a higher punishment. A team is only punished once per violation, regardless of how many players. Where a player or team receives penalty points for multiple violations, the penalty points are added together.

All content appearing in this document is the property of Turtle Entertainment GmbH or is being used with the owner's permission. Unauthorized distribution, duplication, alteration or other use of the material contained in this document, including without limitation any trademark image, drawing, text, likeness or photograph, may constitute a violation of the laws of copyright and trademark and may be prosecuted under criminal and/or civil law.
No part of the content of this document may be reproduced in any form or by any means or stored in a database or retrieval system, except for personal use, without the written permissions of Turtle Entertainment GmbH.
All content in this document is accurate to the best of our knowledge. Turtle Entertainment GmbH assumes no liability for any error or omission. We reserve the right to change content and files on our website at any time without prior notice or notification.